Used in this project 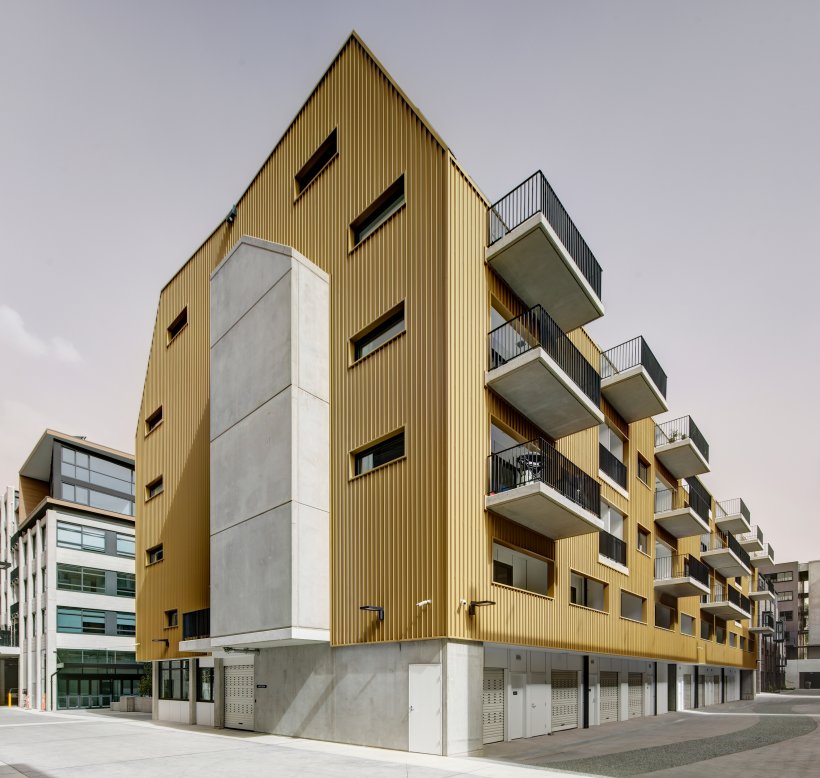 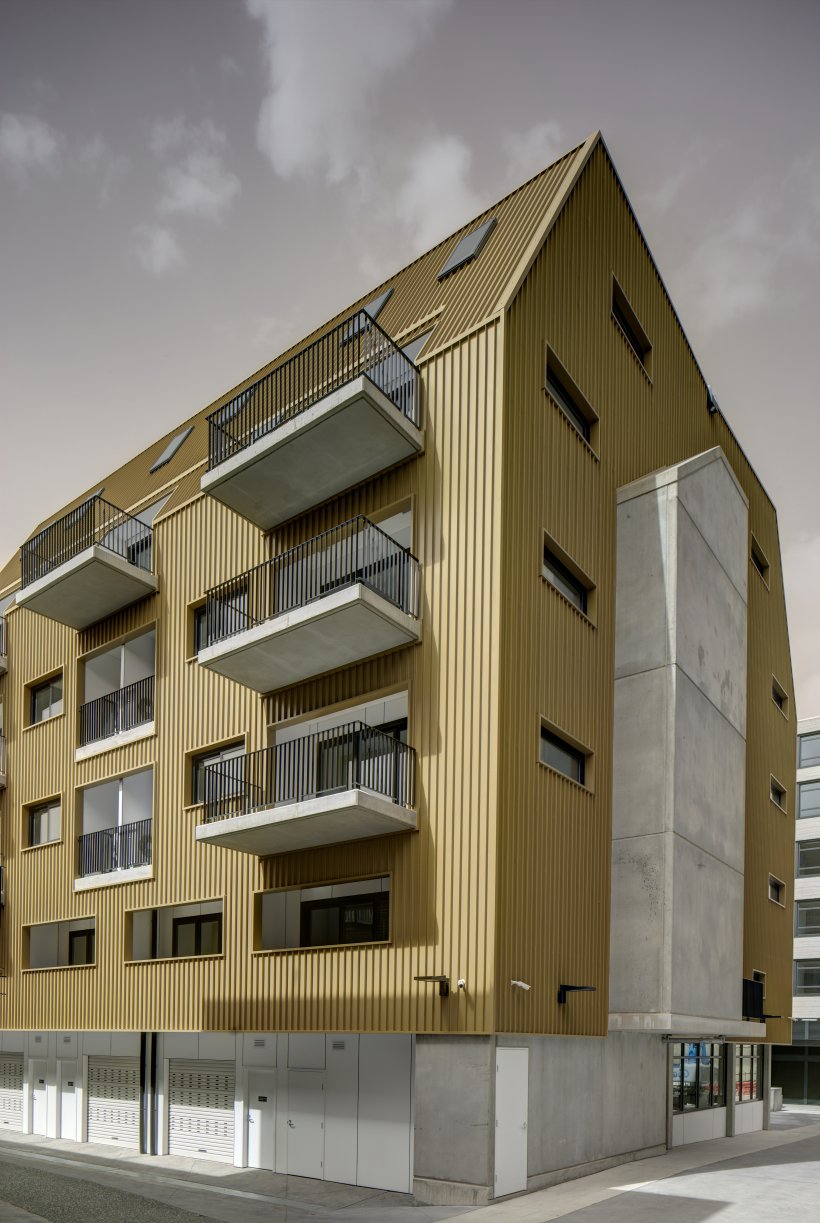 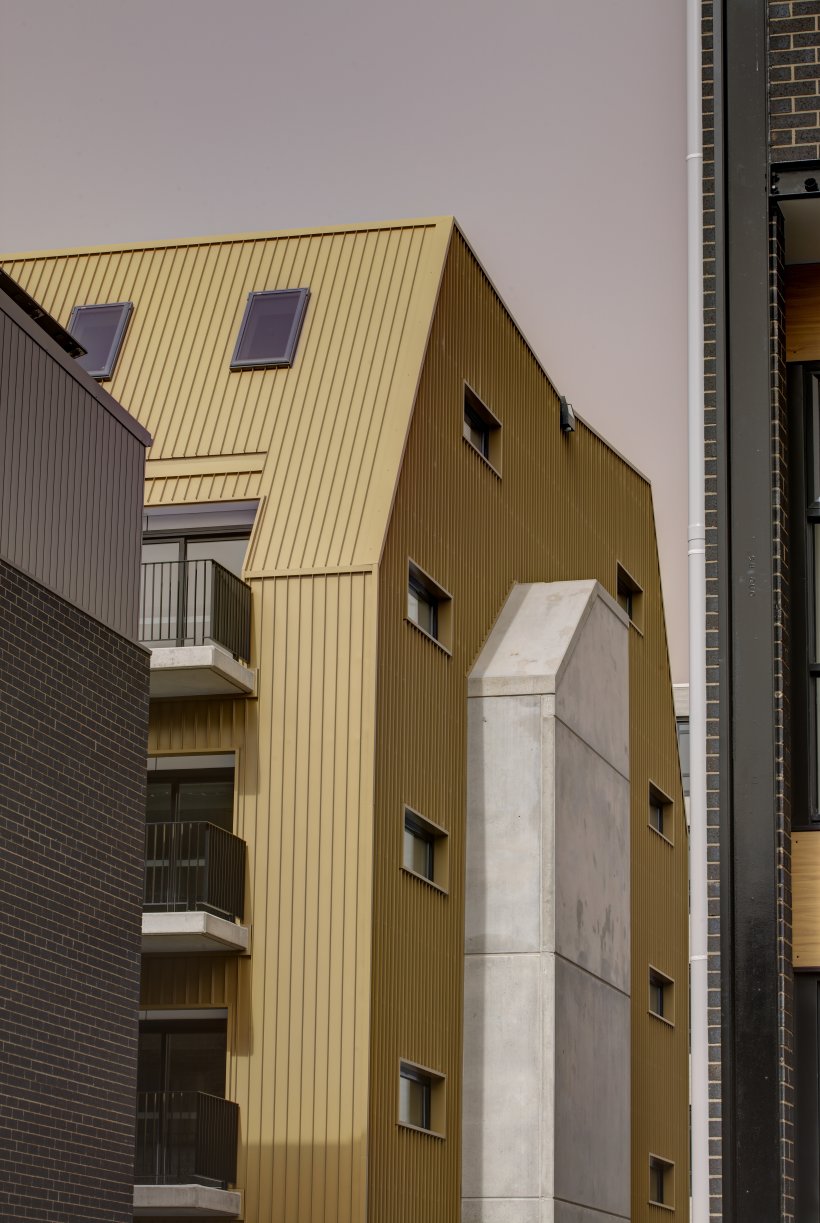 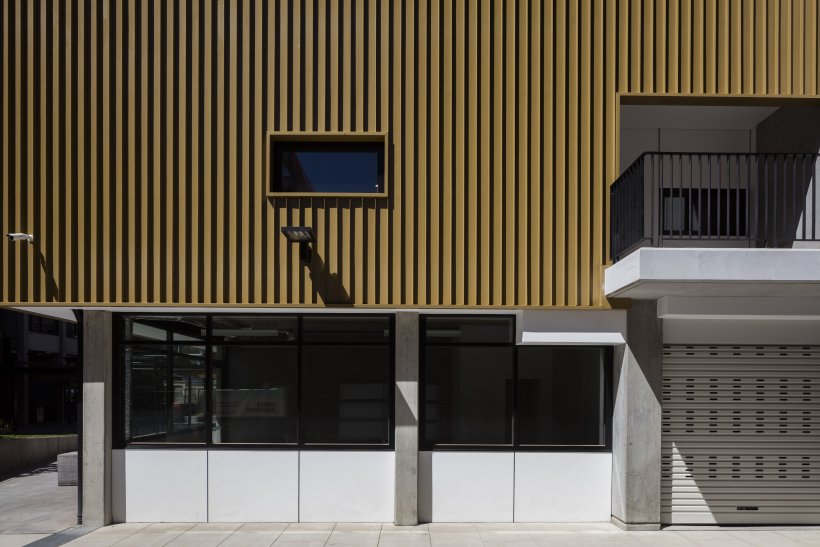 3000m² of LONGLINE 305® cladding made from COLORBOND® Metallic steel in the custom colour Callisto® was used on The Shophouse apartments within the Kingsborough development in Kingston, ACT.

Located in Canberra’s inner south, the suburb of Kingston is highlighted by its close proximity to the Jerrabomberra Wetlands Nature Reserve and is also a stone’s through from Parliament House.

It’s therefore no surprise that the suburb attracts an eclectic mix of residents, recreational and business patrons, keen to enjoy its many amenities and cosmopolitan lifestyles. The ‘Kingsborough’ development sought to capitalise on this broad appeal by introducing a unique community of 260 dwellings that will eventually be home to 500 people.

Sitting in the middle of Kingsborough, the Shophouse apartments create a punchy epicentre for the new village development. Designed by boutique Canberra architects JUDD.studio under the direction of the principal, Nathan Judd, the design team focused on breaking the typical approach to precinct massing – creating a distinctive ‘jewel’ within the village, with meaningful connections to the central plaza to draw resident activity and reinforce site legibility.

Surrounded by predominantly masonry buildings, Shophouse instead uses lightweight cladding as a feature element. Concrete box balconies and insets break the form and reach towards the plaza. Rear lane garage entries are inset allowing the building to ‘float’ above the urban landscape.

The building incorporates a European inspired sloping roof to bring density and diversity without mass and the opportunity for mansard roof apartments. JUDD.studio also designed the interiors including kitchen and wet areas. Internally the apartments are a modern take on a more European aesthetic including parquetry inspired flooring. Externally, the building draws on local industrial design influences to offer expressed shapes and a metallic ‘wrapping’ to result in a shimmering centrepiece for the village.

In contrast to its minimal form, the program for the building was demanding, including a brief for a diverse and distinctive apartment typology with commercial spaces connected to residential apartments and garages, two and three bedroom apartments and dynamic communal rooftop areas including outdoor cinema. Shophouse delivers a distinctive yet simple building that belies its complexity.

According to Lysaght Business Development Manager Commercial/Industrial – NSW, Will Pereyra, JUDD.studio consulted with Lysaght in relation to the exterior finishes.

“The architect was initially considering using a square-shaped composite panel cladding on the exterior of the building but it wasn’t in keeping with his vision and the project’s architectural intent,” Will said.

After discussing the desired appearance with the client, which included delivering a standing seam look, Will was able to recommend various Lysaght products including LONGLINE 305® roofing, a material that met the visual goals while also being resilient and hard-wearing.

Another key consideration for the architect was colour choice, and again, Lysaght working in collaboration with BlueScope, was able to meet the brief with the LYSAGHT YOURCOLOUR® custom colour offer. “Nathan came to us with a sample gold colour in a swatch and we then sought to try and match this as closely as possible,” Will said.

“We provided the colour sample to BlueScope who took it to their labs, and they came back with several colour options that were validated, which would shorten lead times if the client was happy to proceed based on the sample."

The colour BlueScope suggested was within two shades of the architect’s initial sample, a COLORBOND® Metallic steel custom colour called Callisto® that BlueScope had previously supplied for a pedestrian walkway project at the University of Queensland.

“Needless to say Nathan was extremely happy to go ahead with the COLORBOND® Metallic steel colour and the product that we recommended, using over 3000m² of LONGLINE 305® cladding throughout the project,” Will said.

As well as recommending a range of products and assisting with colour-matching, Lysaght was involved during the project build, liaising with contractors and providing advice on installation to ensure the detail work on corners, edging and capping was actioned to meet the specification and architectural requirements.

“Lysaght worked closely with the contractors involved, one of who was already very familiar with LYSAGHT® roofing and walling products, so the whole process was extremely smooth,” Will said.

“The Shophouse Apartment development is an excellent example of what can be achieved when good consultation takes place between the product supplier, the architect and the contractor. Lysaght was involved from the outset, during the build and we were persistent in ensuring the specification was held and that the architect’s vision was met.”

Not all products featured in this case study are suitable for every application, project and environment. You should confirm the suitability of particular products for your project by contacting the supplier directly and by obtaining information and advice specific to your circumstances. The statements, information and opinions quoted in this case study are provided by the featured supplier and reflect the views of the supplier. BlueScope Steel Limited is not responsible or liable for any such content. Please refer to the Terms of Use for further details.